CO-HABITAT. Towards animal-inclusive design strategies in the Brussels Capital Region.

In a rapidly urbanizing world, cities can no longer be seen as an almost exclusive habitat for humans. Due to an alarming decline of wildlife and biodiversity, there is an urgent need to give non-humans a more equal place in the urban fabric. The CO-HABITAT project aims to explore what role design practice can take up to support policies for the the creation of co-habitats in the Brussels Capital Region and to develop tools to communicate thereon in diverse arenas. The case research focuses on two different scales. The first scale comprises the Brussels Capital Region and explores how dynamic cartography can help to visualize and understand the urban spatial patterns (periodicity, movements etc.) of different animal species based on the development of a data dashboard and visualisation system. The second scale focuses on two different case studies in which the (spatial) interaction between humans and animals are explored through research by design. The design exploration will build on a data dashboard that will be developed to centralize different types of data on the role and presence of wildlife in the Brussels Capital Region and to facilitate their use in the design work. The mappings and the design of scenarios will also be undergirded by an exploration of state-of-the-art landscape and design theory, focusing on species-specific design, design from a non-human perspective and the broader field of post-humanist theory, which will sharpen the questions addressed in the case research, and situate them in an international scientific context. The research results in the CO-HABITAT atlas that envisions future pathways for co-habitation in the Brussels Capital Region and contributes to a disciplinary renewal, introducing knowledge and concepts of ecology into urban planning, policies and design. By including different experts, organisations, administrations and students, as well as focussing on representation, the project aims to contribute to a larger societal discussion on the place of animals in our cities. 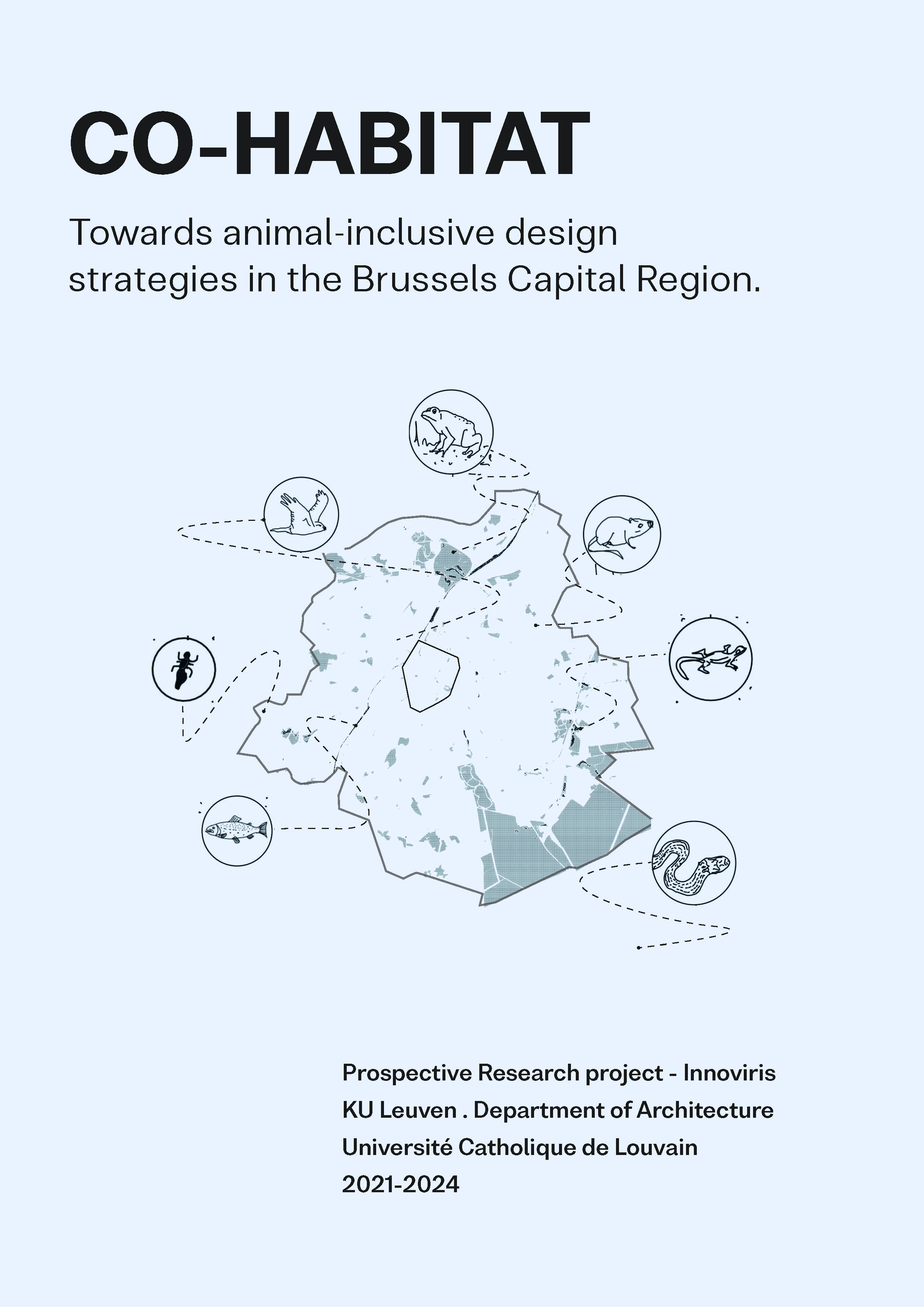