In recent years, multispecies thinking has gained interest in the disciplines of urban planning and design. In these strand of thought, relational approaches – which focus on the interconnections between actors (human as well as non-human) and the specific contexts they not only inhabit but also create – are seen as interesting ways forward to redress the imposed nature-culture divide.

However, the practical implications of these theories are not yet fully explored. Most design experiments exist outside the mundane planning and design processes which are transforming the city on a daily base. This PhD research wishes to explore the implications of a relational, more-than-human approach by collaborating with activist practices at two contested sites in the Brussels Capital Region (more specifically in the Vogelzangbeek and Friche Josaphat), where I aim to investigate how more-than-human voices and perspectives can be integrated in on-going discussions about urban planning and design.

Indeed, lately, multiple sites of urban nature in Brussels have become the background for a broader societal discussion on the rights of nature in urban development processes. At sites such as Friche Josaphat, le Marais de Wiels, Donderberg, … citizen movements and nature associations are calling for alternative, more democratic forms of urban development, including human as well as nonhuman voices.

Interesting about these activist practices – and their umbrella organizations – are the knowledge products on plant and animals species  they are developing through which they aim to contest the planning decisions of regional administrations. With these knowledge products, they want to call for a ‘more-than-human’ right to the city.

By tracing, activating and weaving the multispecies knowledges of these activist groups, this PhD research aims to give voice to groups of actors which are frequently excluded from decision-making processes, find ways to include their knowledges in processes of urban planning and design, as well as to contribute to critical thinking about the actors included in the design of a ‘multispecies city’. 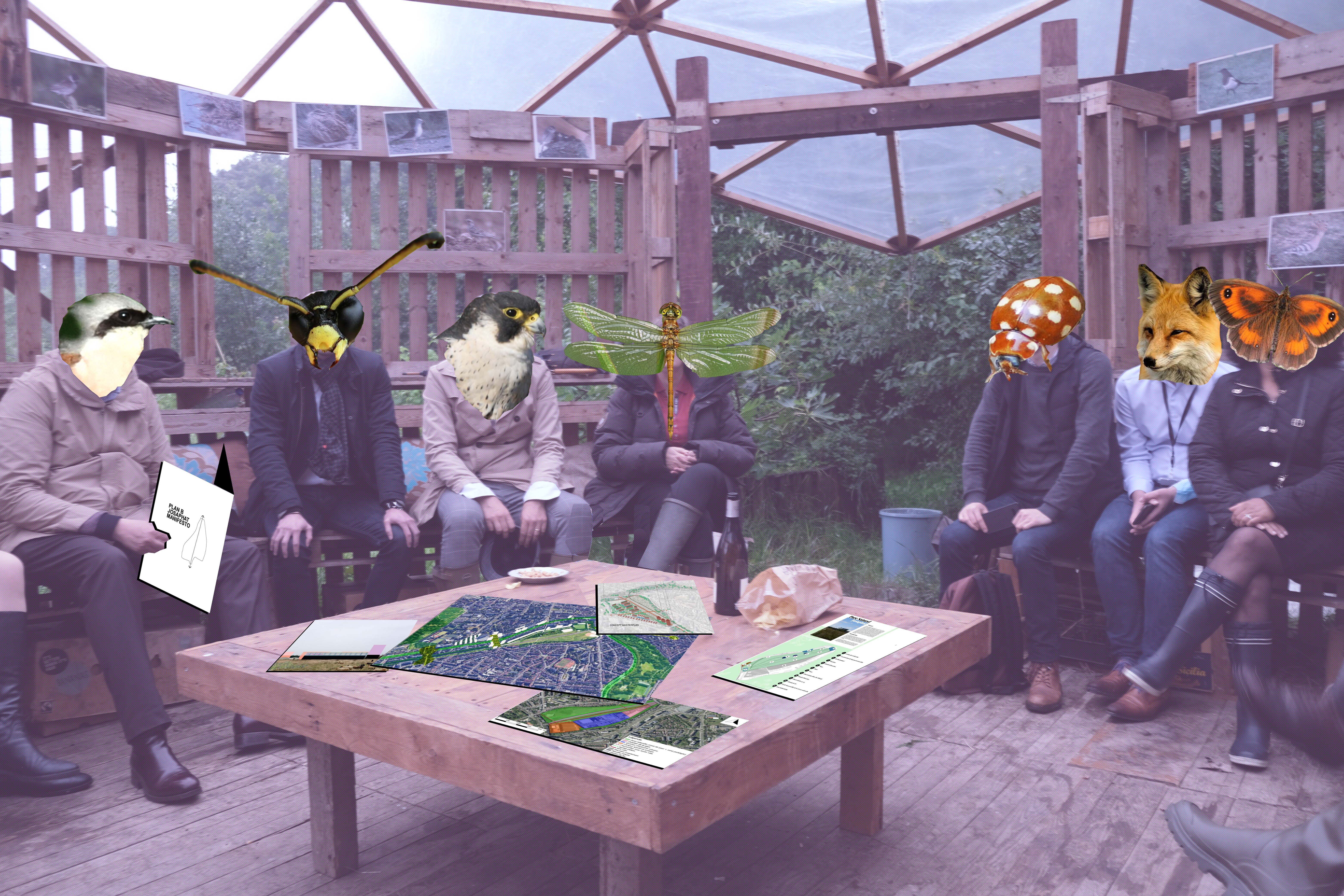